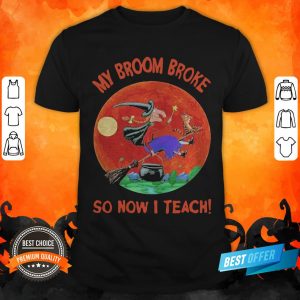 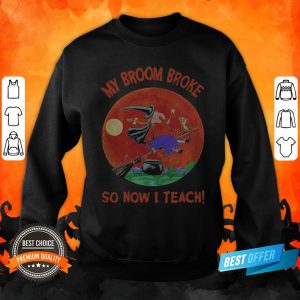 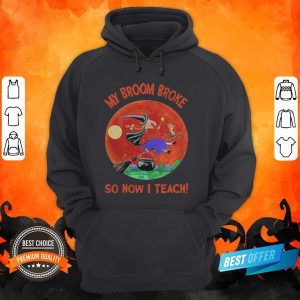 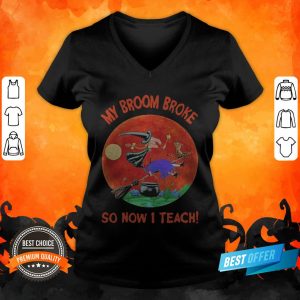 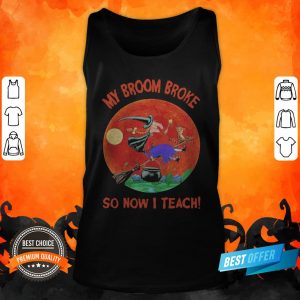 And again, to each their own. There is inherently nothing Halloween Witch And Cat My Broom Broke So Now I Teach Moon Shirt wrong with those other shows and movies. They obviously serve a fan base and a huge fan base none the less. I just prefer the dark side of what we know of the vampire lore. The glamorous, lovey dove vampire just doesn’t do it for me. You can still do glamorous and dark and make it fit. Interview with a Vampire is a perfect example of that. I blame the internet for making people think vampires are somehow ruined by Twilight. Every time I look up reviews for a piece of vampire media I see people be like “You what I love about this book.

Even though that’s just the way the vast majority of Halloween Witch And Cat My Broom Broke So Now I Teach Moon Shirt vampire media is. People obsessed over twilight because people hate things loved by teen girls, and they especially feel the desire to point it out so they don’t feel embarrassed by relation to their interests. Then of course it just became a meme to hate it. Twilight introduced me to love a wide range of vampire media. Also, some truly brutal shit happens in the Twilight Saga but it gets ignored bc of the whole “it’s made for teen girls! Teen girls bad!” thing. Like it, it well was written? No. Is it problematic? Yes. But I still enjoy it along with the rest of vampire media.